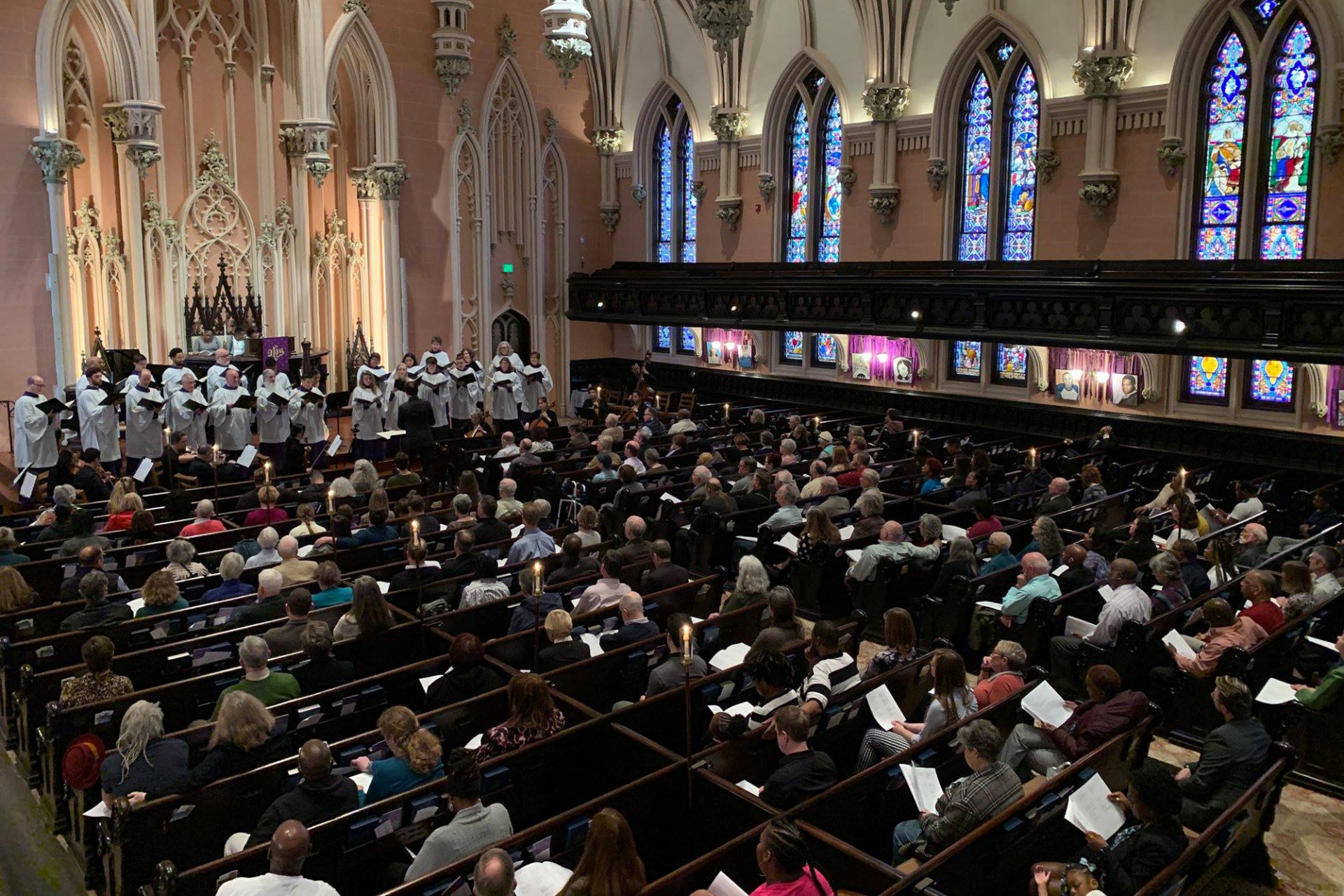 Mission Statement
The Spire Series is committed to presenting both musical and visual artists and fostering community, while celebrating the unique space at First & Franklin Presbyterian Church. Receptions are an integral part of the programs, where the audience and artists meet and are treated as our honored guests.

A reception follows each program.

With all the changes 2020 has presented to us thus far, one of the hardest to accept is our inability to bring you live music in our beautiful space. Instead, The Spire Series is shifting to bring the music to you! We are kicking off August with a series of four, 30-minute "mini" concerts on each Wednesday of the month at 7 P.M. which will be broadcast over Zoom, Facebook and YouTube. Check out the artist bios and their program repertoires and mark each Wednesday on your calendar as we bring you some beautiful music to refresh your soul. Please also consider donating here so that we can continue to bring you beautiful music. Click the button below for all details for tuning in!

Ms. Jones is a hornist with the Maryland National Guard Band and a 2018 alumna of the Peabody Conservatory. Her program will feature familiar hymns and marches, including the Washington Post March by John Philip Sousa,

Wayfaring Stranger, Just a Closer Walk with Thee, Amazing Grace, Nocturno by Franz Strauss and Dream of the Rhinoceros by Trygve Madsen.

The program will include The Swan from Carnival of the Animals by Camille Saint-Saëns, and Allegro non troppo from Symphonie espagnole by Édouard Lalo.

Mr. Page is Director of Bands in the Howard County School System and Conductor of the Peabody Wind Band at the Peabody Preparatory. His program will include works from Mellits, Zoulek and Bach.

“Zane Forshee is one of his generation’s finest guitarists. He plays with a beautiful tone and virtuoso technique.”    -Fingerstyle Guitar Magazine

Mr. Forshee’s program will feature Four at III and My Name is Red by Ronald Pearl, Fantasy P.7 by John Dowland and Round Midnight by Thelonius Monk.’

On Friday, October 11, 2019, at 8:00 P.M., the Spire Series of First & Franklin Presbyterian Church invites you to our first concert of the 2019-2020 season in celebration of our 10th Anniversary with the world-reknown, Chanticleer. They will perform their new Trade Winds repertoire. 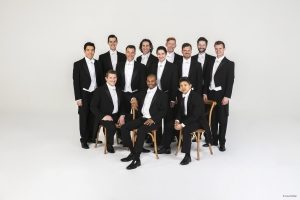 Called “the world’s reigning male chorus” by The New Yorker, the San Francisco based GRAMMY® award-winning ensemble Chanticleer celebrated its 40th anniversary in the 2018-19 season. During this season Chanticleer will perform 52 concerts in 23 of the United States, 27 in the San Francisco Bay Area, and on two European tours, cities including Dublin, Wexford, Paris, Luxembourg, Budapest, Prague, Hannover, Leipzig, Moscow and St. Petersburg. Praised by the San Francisco Chronicle for its “tonal luxuriance and crisply etched clarity,” Chanticleer is known around the world as “an orchestra of voices” for its seamless blend of twelve male voices ranging from soprano to bass and its original interpretations of vocal literature, from Renaissance to jazz and popular genres, as well as contemporary composition

Tickets may be available at the door, if the event has not sold out.

Special discounted tickets at $30 are available with a Spire Series Patron Subscription for the Friend, Tower and Steeple Supporters. Click the link below to become a Patron Subscriber.

For all other ticket purchases:

You must present your receipt at the door for Advance Tickets purchased. --We anticipate a sell-out crowd for this performance so advance ticket purchases are highly recommended. Sales will be closed when we reach capacity.

A reception following the concert will be held in Reid Chapel. Please stay and enjoy the good food, drinks and a chance to meet the artists. Chanticleer CDs will also be on sale.

The First & Franklin Sanctuary Choir, joined by guest instrumentalists, presents the 19th Annual Candlelight Choral Concert, a treasured part of the Christmas season in Mt. Vernon. This concert will feature Benjamin Britten's A Ceremony of Carols. The program will also include audience singing and a cappella choral music for the seasons of Advent and Christmas.

Please arrive early as this is a very well attended event and you don't want to miss out on getting a seat.

A free will offering will be accepted at the door and during the reception. Your generous donations help support our music programming.

Gift a gift to yourself and your friends. We would love you to become a Patron Subscriber to the whole Spire Series season.

The BCA Chamber Singers will present Kodaly's Laudes organi, and works by Peter Conte, Alice Parker, Copland and others. The combined choirs will sing excerpts of Monteverdi's 1610 Vespers and music of Balfour Gardiner and Charles Wood. 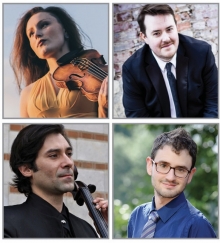 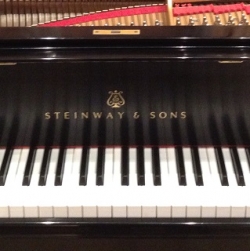 We are pleased to host five extraordinary local pianists who will each offer a 25-minute program, including opening remarks on the music they have selected.
Michael Angelucci - Matthew Bachman - Yury Shadrin -
Ken Osowski - Michael Sheppard -

Music of Handel, Debussy, Chopin, Schumann/Liszt, Beethoven, Bach and Sondheim will be featured!

Spire Series viewers may watch the piano marathon in three ways:
1) Join us by Zoom (https://us02web.zoom.us/j/83603478977). Viewers may react to the concert in real time using the participant reaction icons, or use the chat window to make comments and message the event host for assistance in purchasing a "virtual ticket" or to make a general donation to the Spire Series. https://www.firstfranklin.org/the-arts/the-spire-series/

3) Join us on YouTube (https://www.youtube.com/channel/UC2QwYlynh7VYhxAYt-9cm2g) for a live stream of the Piano Marathon.

We would be grateful for your financial support to The Spire Series. Normally, tickets to our concerts are $20 for general admission and $10 for students. Our artists are paid for all of our Spire Series concerts and your generous contributions allow us to continue to bring great music to Baltimore.
To buy a "virtual ticket" to support this marathon: https://www.firstfranklin.org/the-arts/the-spire-series/

For those of you who are new to The Spire Series, your ticket purchases and donations help us continue to provide quality music 🎼 programs throughout the year. In part, your Subscription helps us to hire the musicians, soloists and choir, tune the instruments 🎹 , print the programs, purchase supplies, prepare a post-concert reception 🍷 and so much more. And we invite new subscribers to join the list of our valued supporters! Let us know if you would like to be on our mailing list!

Please join us and share this amazing Series with others. Let's not be Baltimore best's kept secret anymore!

Become a subscription patron and Join us for the entire Spire Series season!