The First Presbyterian Church was founded in 1761 by several Scots-Irish families who came to Baltimore Towne from the Pennsylvania frontier to escape the terrors of the French and Indian War. They were merchants, physicians, farmers, and builders. Known as “Dissenters” because they opposed the Church of England as the established state church, they supported the cause of independence during the American Revolution and advocated the separation of Church and state set forth in the First Amendment of the U.S. Constitution.

Our founding Minister, The Rev. Dr. Patrick Allison (1740 – 1802) was a Chaplain to the Continental Congress and was a personal friend of George Washington. After conducting worship in private homes clustered around the Inner Harbor, the congregation moved to a log church in 1763, to a brick church in 1765, and later to an enormous two steeple church in 1790, all located in what is now downtown Baltimore.

When the center city became increasingly commercial, the congregation moved uptown in 1859 to our present location at Park Avenue and Madison Street. The magnificent Gothic edifice in which we worship was designed by the American architect Norris G. Starkweather. In 1875, the 273 foot tall steeple was added, which remains the tallest steeple in the City of Baltimore.

In 1980, the Session, our spiritual governing body of Elders, adopted “The More Light Statement”, by which we aligned ourselves with other congregations in search of a better understanding of issues surrounding gay and lesbian rights. We are a welcoming Church to all who would be faithful Christians, regardless of sexual orientation and are members of both the More Light Presbyterians and the Covenant Network of Presbyterians. 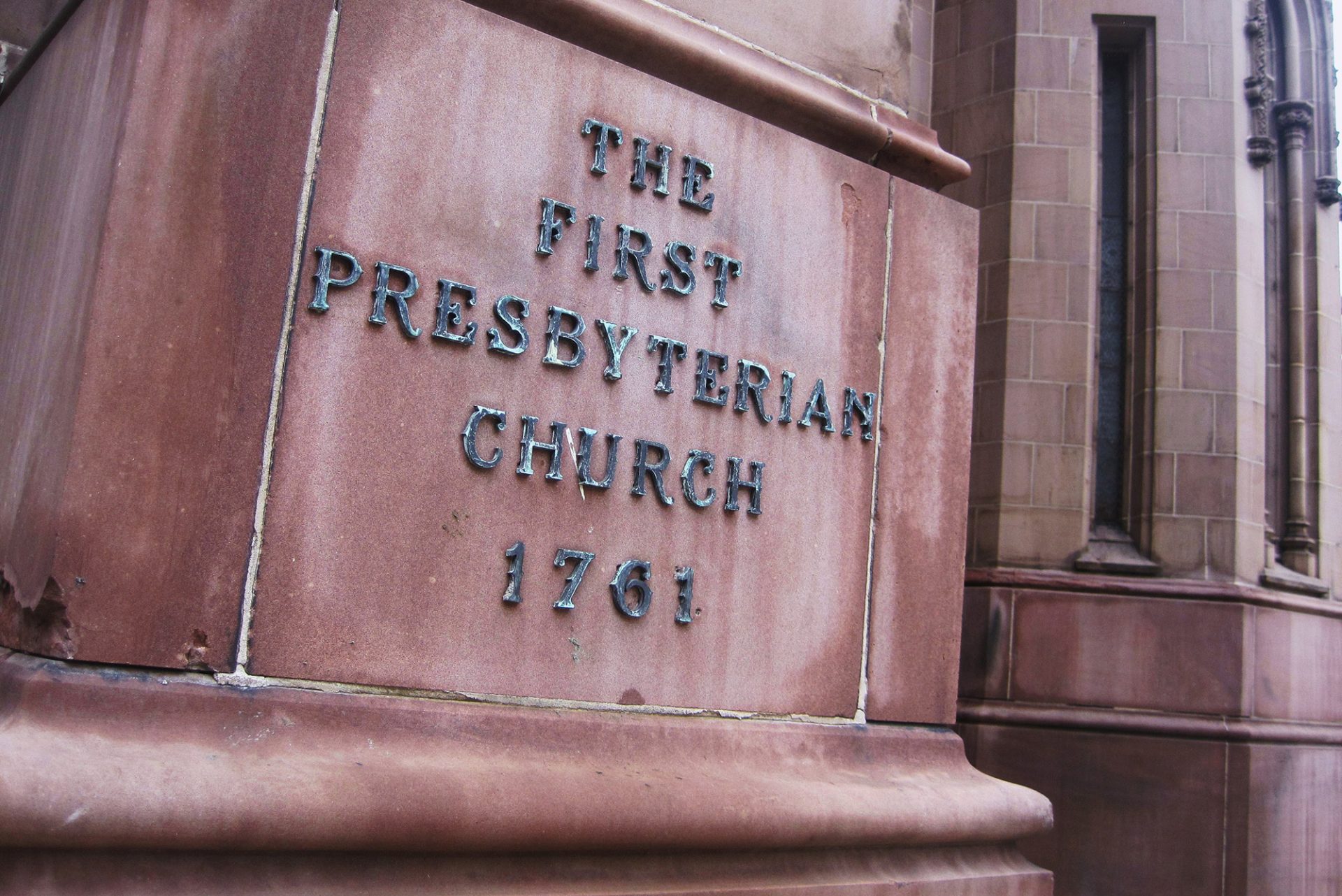